This is the best recipe for mini old-fashioned sour cream donut muffins with vanilla glaze. These muffins are so soft, perfectly spiced, and delicious. They’re easy to make, ready in 25 minutes, and perfect for breakfast or dessert! 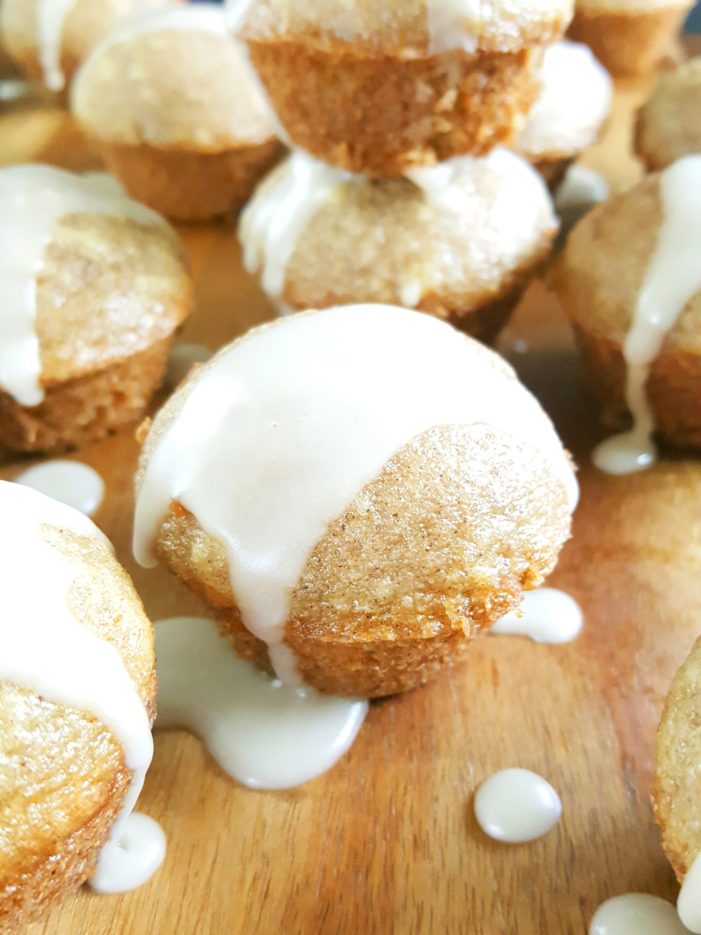 What are Donut Muffins?

Donut muffins are basically muffins that taste exactly like baked doughnuts, but instead of baking them in a donut pan you use a muffin pan.

Since these particular muffins are baked in a mini muffin pan they’re just like baked donut holes!

Donuts don’t need to be fried to be amazing. The baked variety is great too and since baking doesn’t require nearly as much oil, they’re slightly healthier. 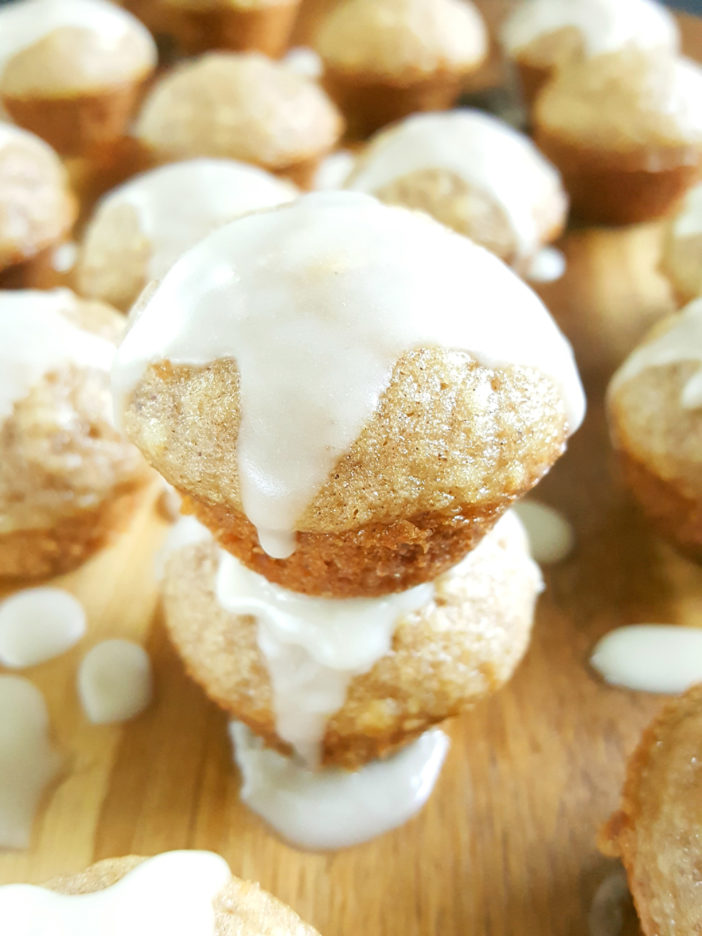 If you’ve never tried homemade donut muffins before you are in for a treat!

These ones are basically cake donuts baked in a mini muffin pan. Between these and my cinnamon sugar donut muffins, I honestly don’t know which one is better.

I couldn’t stop munching on them. They definitely satisfied my sweet tooth. And they’re so good that you won’t miss them not being fried, trust me!

The thing I love most about doughnut muffins is that they’re not greasy or oily, just soft and delicious.

If you want to make sour cream donut holes instead of muffins, simply bake the batter in a donut hole pan.

You’ve most likely had a glazed old-fashioned sour cream donut before. It’s like one of the most common types of donuts and also the most popular.

These mini doughnut muffins mimic the flavor of those while still having the texture of a soft muffin. The tops are slightly crisp, the crumb is identical to that of baked cake donuts, and when the glaze seeps in it creates this layer of sweet creamy goodness right below the surface so that when you take a bite it just practically melts in your mouth. 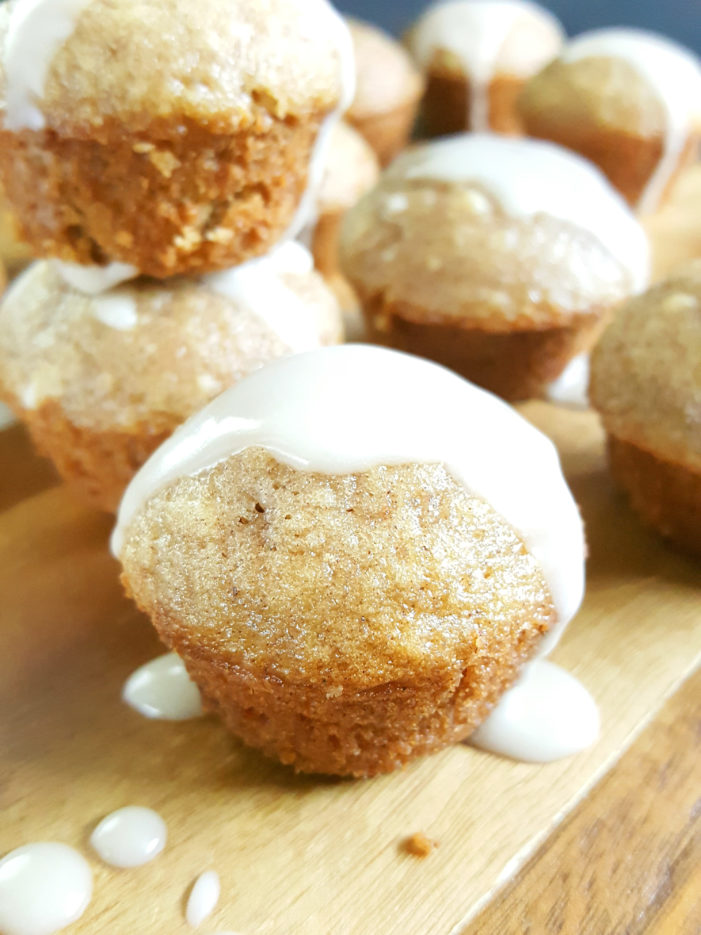 Let me give a quick rundown of how to make these baked sour cream donut muffins. And by “quick” I mean very in depth and detailed.

When making donut muffins it’s best to spray the pan with nonstick cooking spray or lightly grease with oil to get that authentic donut look. Plus, they release easily from the pan so liners are not needed.

For the spices I went with nutmeg (naturally) and cinnamon as well. The two spices complement each other so well and they create this comforting and nostalgic taste and aroma. It’s so intoxicating. It may look like a bit much at first glance but remember that it’s spread throughout 24 donuts.

Since sour cream is high in fat and very creamy, it provides moisture, makes these muffins so soft, and gives them flavor too. Also, it’s an acidic ingredient so it neutralizes the baking soda. If you do not have any sour cream on hand you can simply substitute it with full-fat greek yogurt.

The batter is slightly thick and a little sticky too so I like to use two spoons to get it into the mini muffin pan. I use one spoon to scoop the batter then the other spoon to slide it off and into the pan. It’s so much easier this way.

The muffins are done when the tops are domed, the centers are baked all the way through, and a toothpick inserted comes out clean.

The muffins themselves are lightly sweetened and the glaze just gives them that little bit of extra sweetness on top to tie it all together.

The vanilla glaze for these sour cream donuts is as simple as it gets. It’s basically just a regular donut glaze but just a little bit thicker. There are only 3 ingredients in it and takes about 2 minutes to mix together.

When the muffins are done baking you’ll let them cool in the pan for 5 minutes then remove them to cool until they’re just warm.

After that, you can either dip the muffin tops straight into the glaze or spoon it over the tops. I chose the spoon method but I wish I had of dipped some. 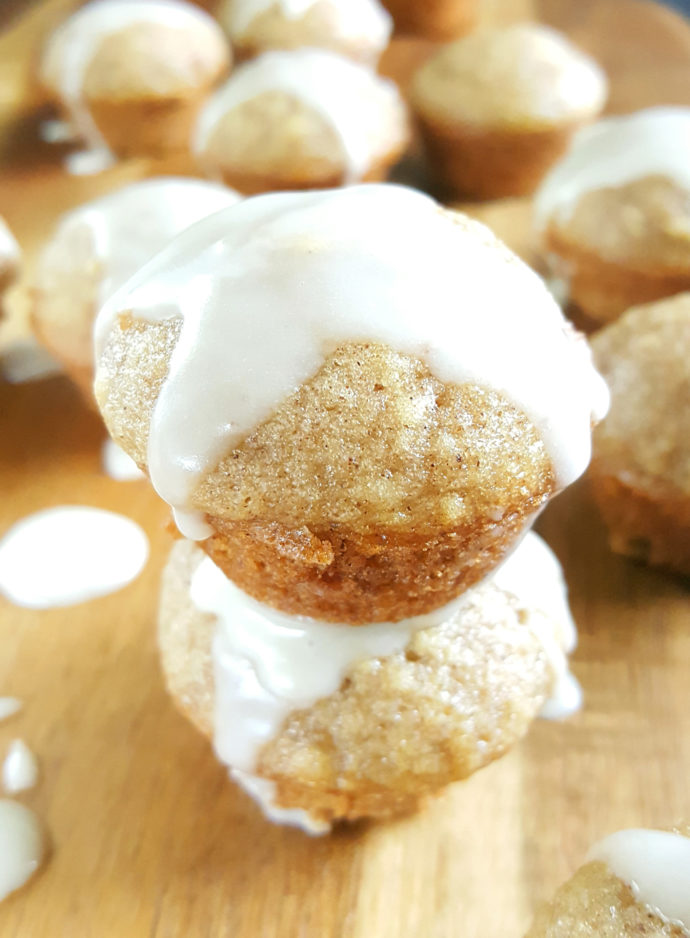 Did I mention how easy this recipe is to make? It’s not only easy but quick too. All of the ingredients are simple, the steps are very straightforward, and it’s ready in about 25 minutes. 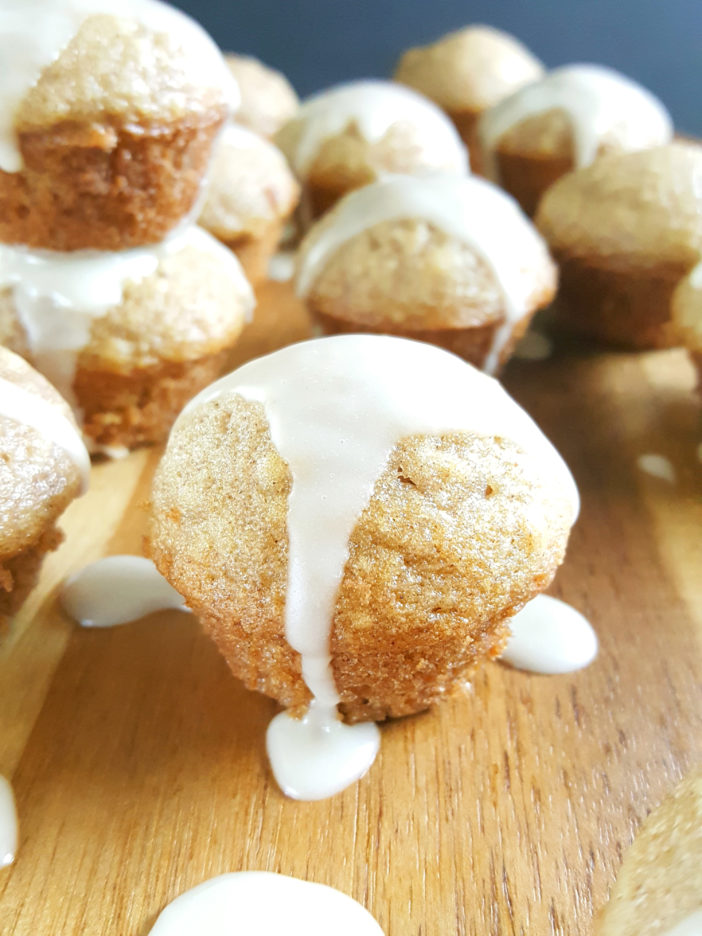 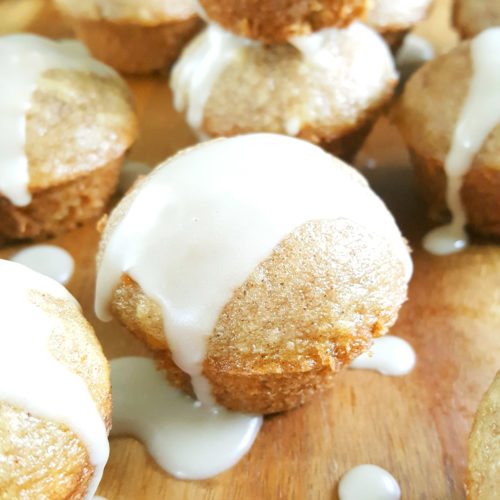 Crystal | Beat Bake Eat
This is the best recipe for mini old-fashioned sour cream donut muffins with vanilla glaze. These muffins are so soft, perfectly spiced, and delicious. They’re easy to make, ready in 25 minutes, and perfect for breakfast or dessert!
No ratings yet 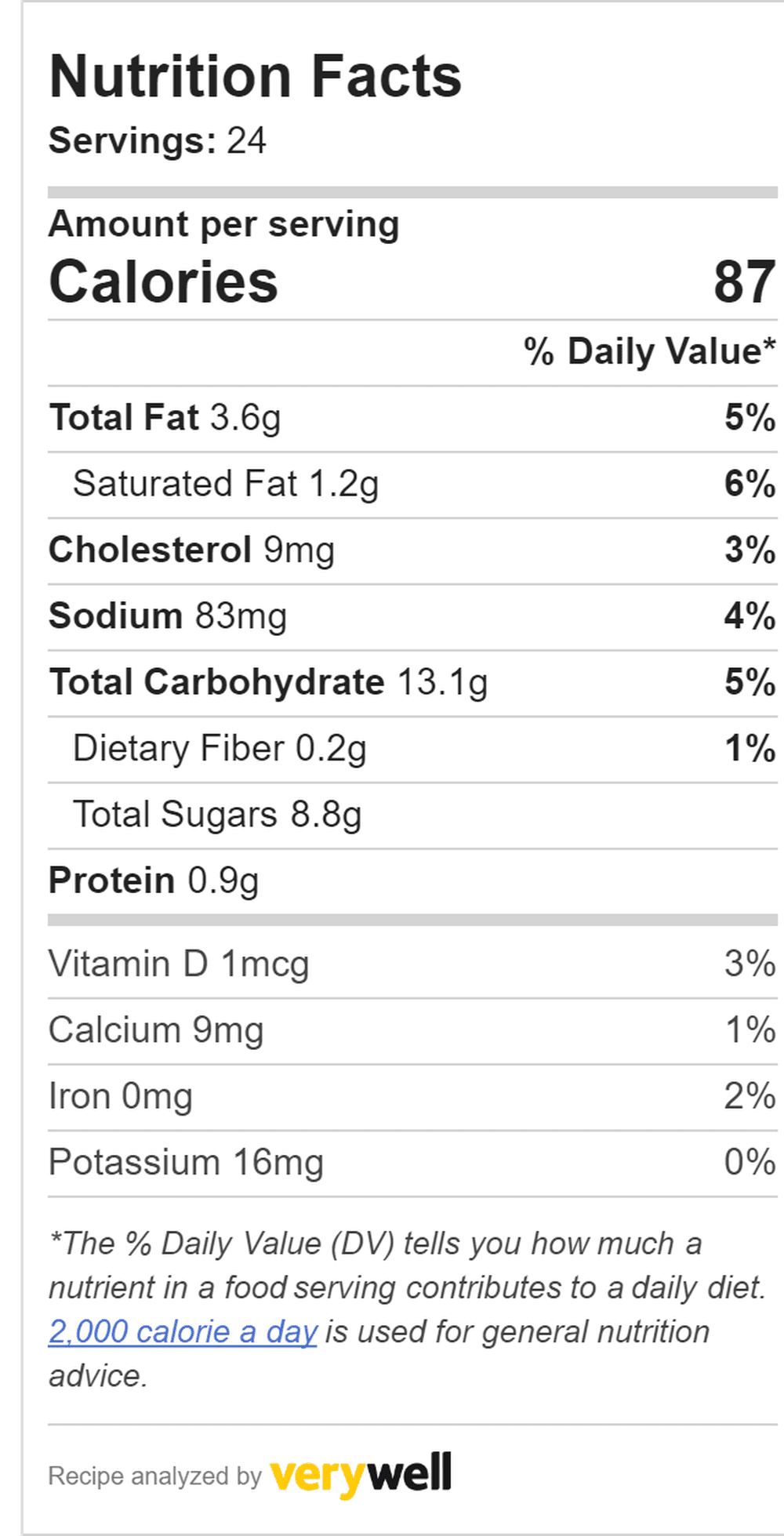 © Beat Bake Eat. All images & content are copyright protected. Unauthorized use and/or duplication of this material without written consent from this site’s author and/or owner is strictly prohibited.
Keyword baked glazed donuts, how to make donut muffins, sour cream donut holes
Tried this recipe?Let me know how it was!
Tweet
Pin55
Share1
56 Shares
0 comment
0
FacebookTwitterPinterestEmail
Previous Post

THE MOST Creative & Unique Cupcake Recipes Ever