The most perfect small cream cheese pound cake baked in a loaf pan and made with milk. It is rich, moist, and dense with just the right amount of sweetness and extracts that allow the cream cheese flavor to really shine through.

Follow the recipe exactly as written to replicate the same amazing results I was able to achieve. 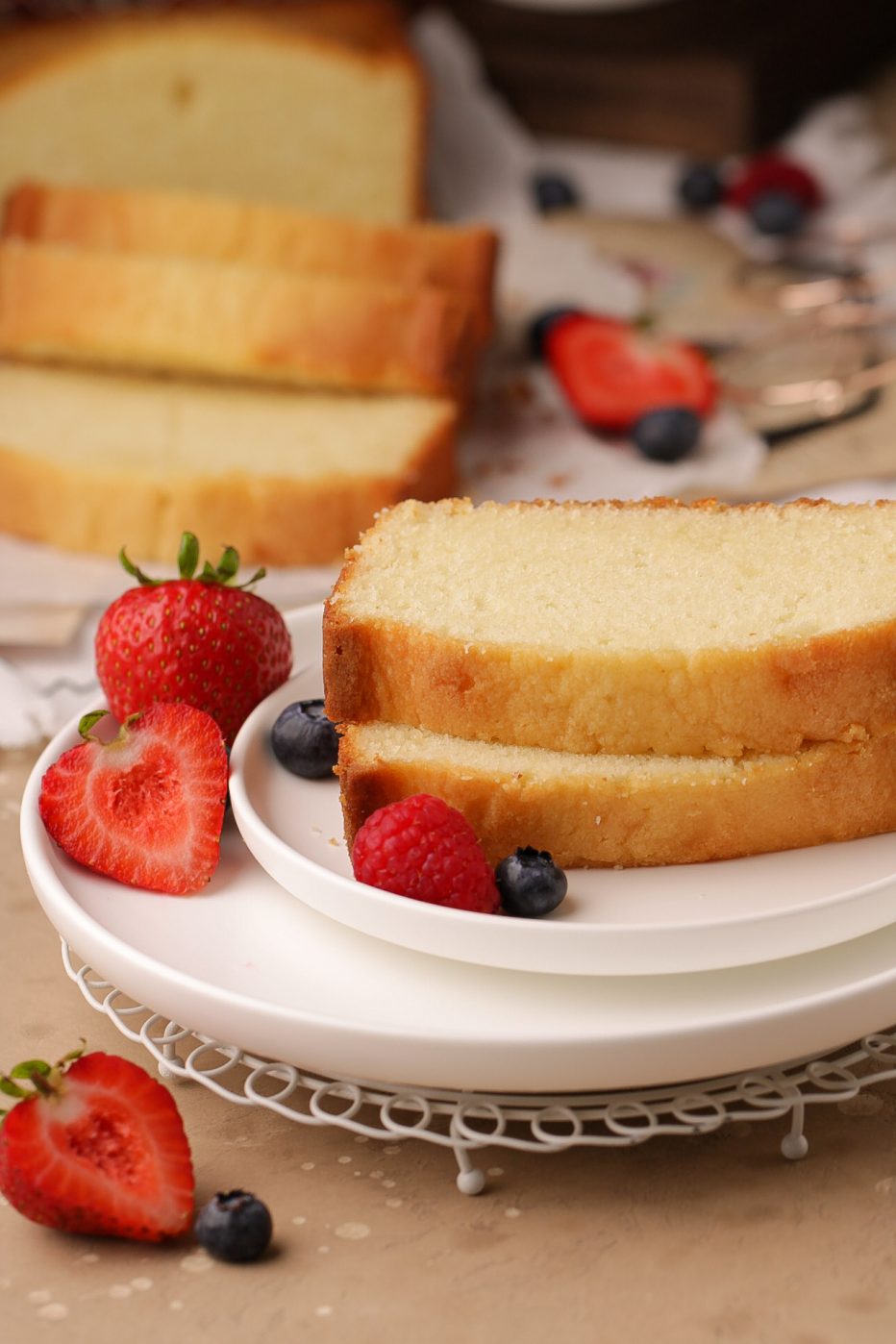 I know pound cakes are usually baked in a bundt pan but you can bake them in a loaf pan too!

Loaf pan pound cakes are obviously smaller so there is less to go around but guess what? They’re also easier to make, require less ingredients, and are quicker to bake, that’s why you’ll find many of them here on Beat Bake Eat. Once I made this buttermilk one I couldn’t stop; I just kept going. They’re too good. 🤤

For this recipe you’ll need a 9×5 inch bread pan. You can either line it with parchment paper which will yield a softer crust or you can spray it with nonstick cooking spray which will yield a crispier and chewier crust. Don’t overthink which method you should choose because neither one is better than the other, it just comes down to preference. I prefer using spray and that’s what I did for the cake in these photos. 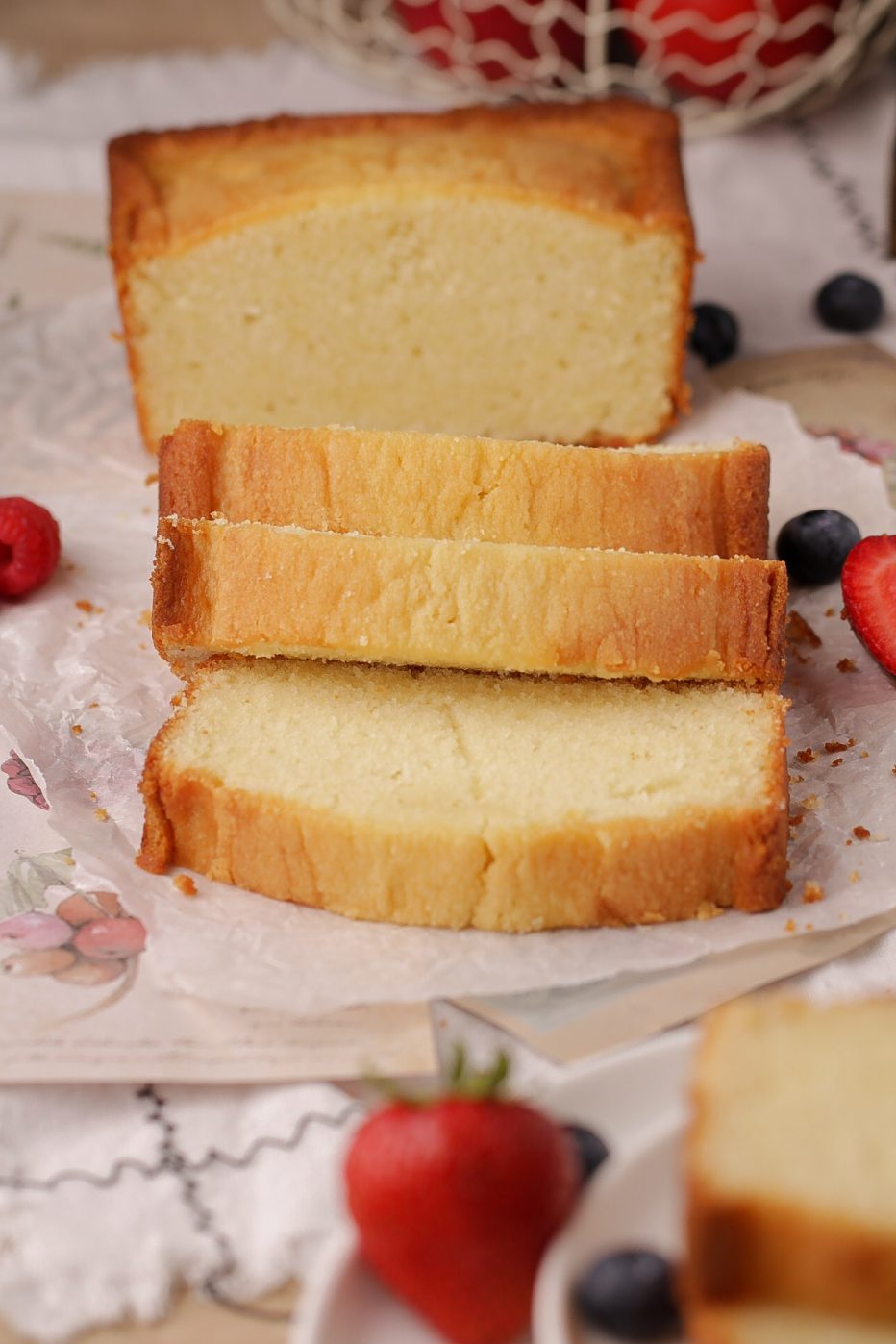 What does Cream Cheese do to Cake?

Because it is so high in fat it provides moisture and richness and it is slightly acidic which contributes to a finer crumb and complements the sweetness.

I didn’t mean to go all chemistry teacher on you but it’s good to know your baking science.

So yeah, it does a few things, but what we really need it for in this recipe, is the flavor. Cream cheese pound cake is very, very different from the ones made with buttermilk, sour cream, or butter alone. It really is unmatched. 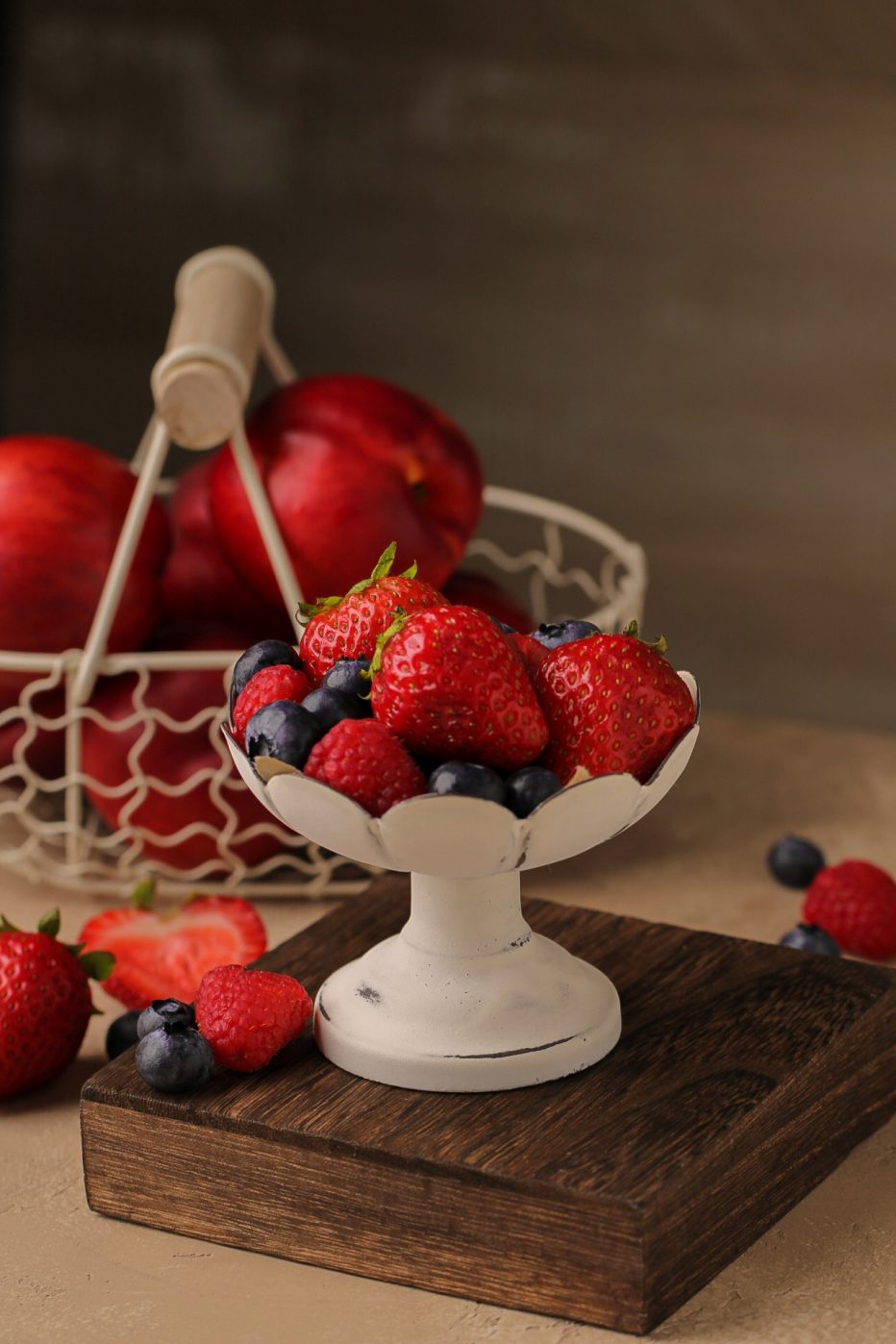 Traditionally, pound cakes are not made with milk. So why did I add it? Well… it was actually by accident. 🤦

I know what you’re thinking!!! 😫 But hold on, don’t leave yet!  It turned out to be a really good thing.

Let me tell you what happened.

So, when I bake for this website I usually bake multiple things at once and I misread the ingredients and it wasn’t until after I had already added the milk  I realized my mistake.

I was so disappointed y’all. I said to myself “well, sh*t… now I have to make it all over again”.

But, whenever I have a baking fail I always learn something new so I decided to pop it in the oven and see what would come of it.

When I took it out the oven it looked picture perfect and smelled amazing and everything, but I was definitely skeptical. I waited for it to cool and basically dreaded the moment I would have to cut into it. I had it in my mind that the texture was going to be less than ideal, like way less, because in the baking world that’s a lot of liquid!

After it was finally done cooling I cut a slice and the inside was literally exactly the way it was supposed to look. 😳

I took a bite and let out a sigh of relief because it was SO. DAMN. GOOD.

You should have seen the look on my face. I really couldn’t believe it. Then I ate two slices and I believed it.

So then, I made it a second time just to make sure it wasn’t a fluke and it was just as outstanding as the first time! Yessssssssss. That’s what I’m talking ’bout! 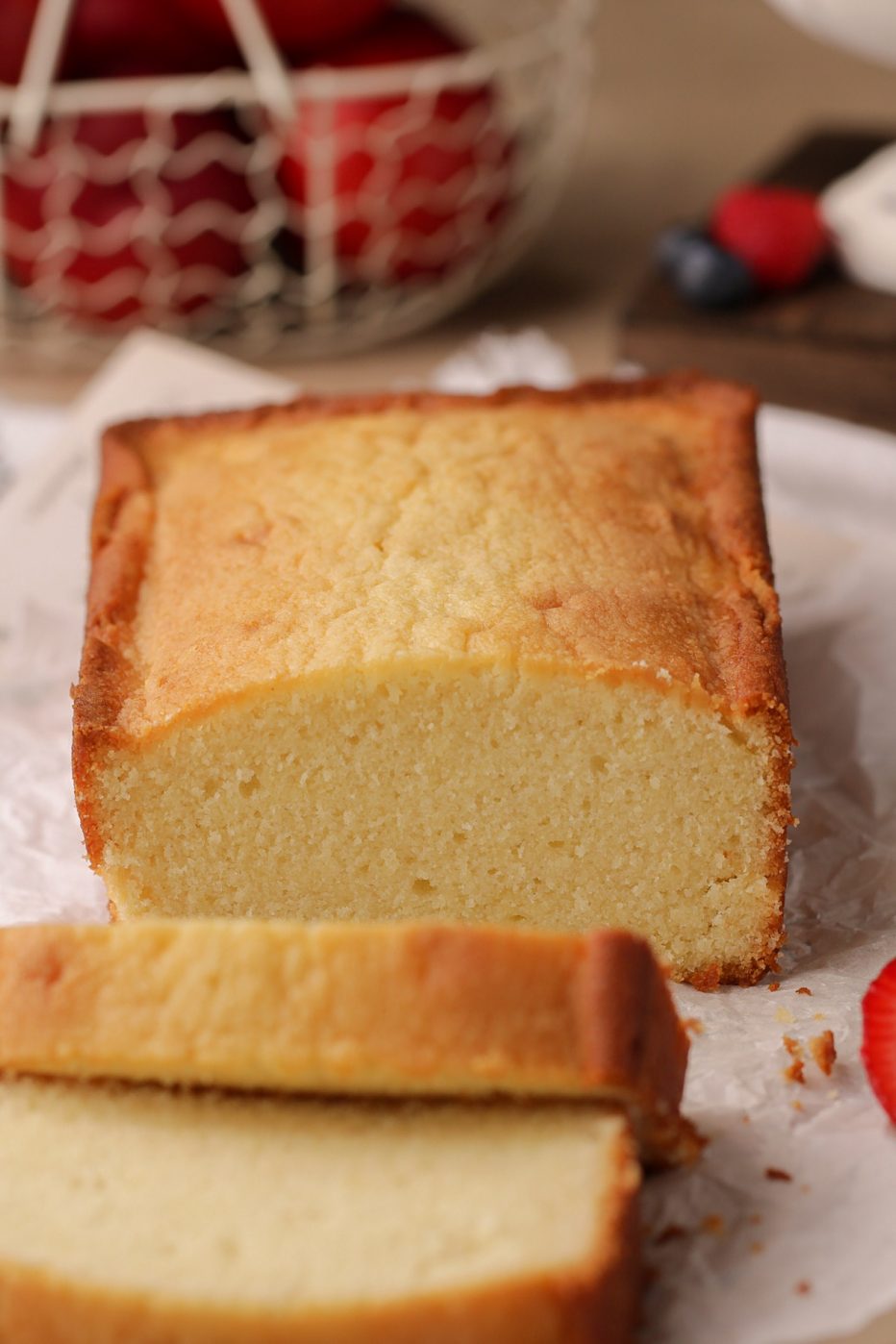 So what does the milk actually do? 🤔

Well, cream cheese is quite “heavy”. If you’ve ever made cheesecake or simply just spread cream cheese on your bagel, you know how thick and dense it is.

So when you incorporate it into a baking recipe, the baked good turns out denser and heavier than usual and the crumb is much more compact and weighed down. This very reason is why I’ve struggled with creating cream cheese baking recipes in the past.

Even though I thought it was a colossal mistake, it was actually good that I added the milk because it stretched the batter just enough to prevent the cake from being overly dense.

I mean, pound cakes are supposed to be dense but not to the point where you feel like you’re eating a brick. 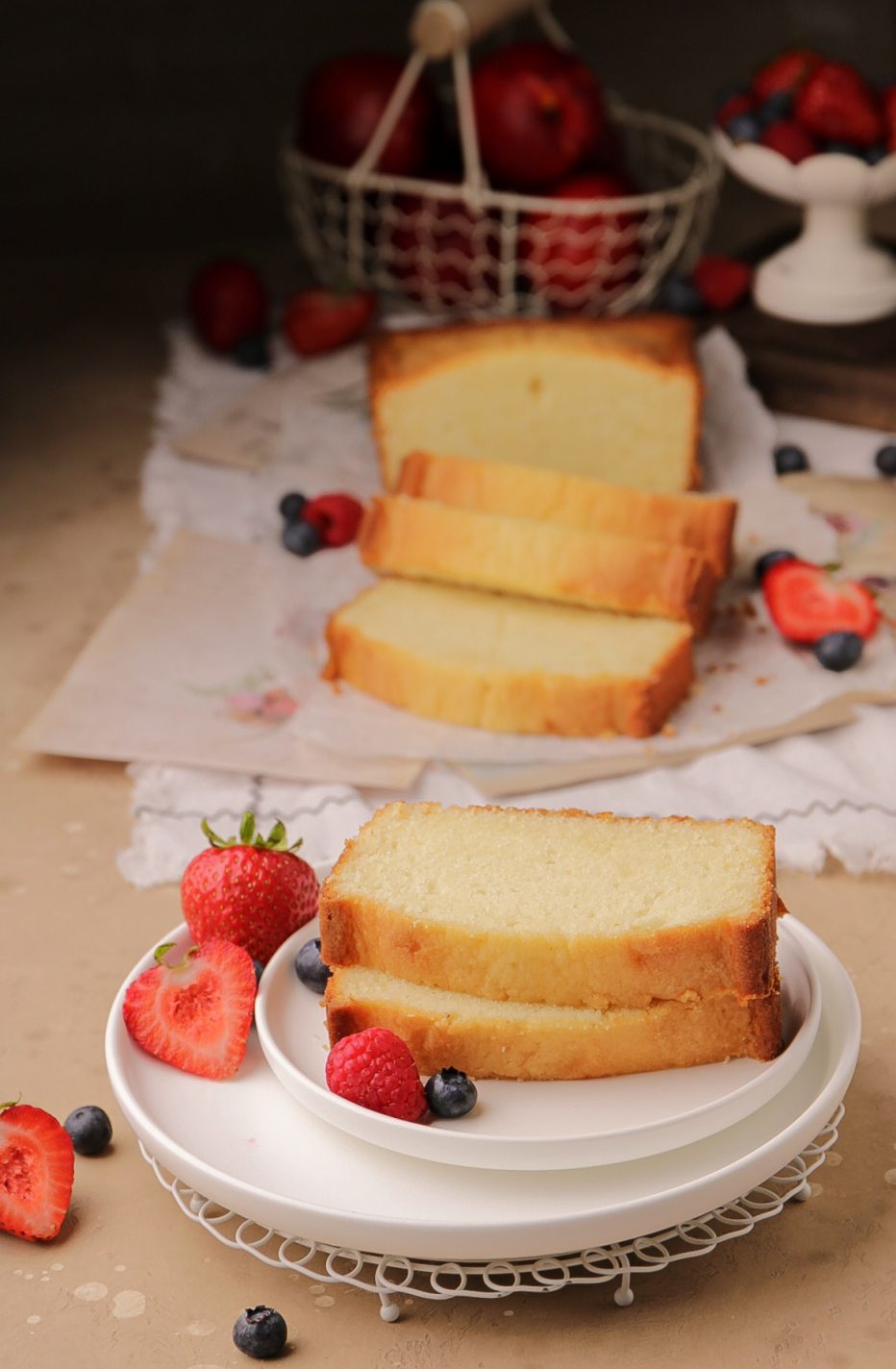 Why is this Pound Cake baked at 325 degrees Fahrenheit?

This cake has to bake (hey, that rhymes) low and slow (wow, that rhymes too) otherwise the outside will cook faster than the inside and it will end up burning.

Also, I baked it at this low temperature to keep the cake from rising too much maintaining that classic, perfectly dense pound cake texture that I got, by accident. 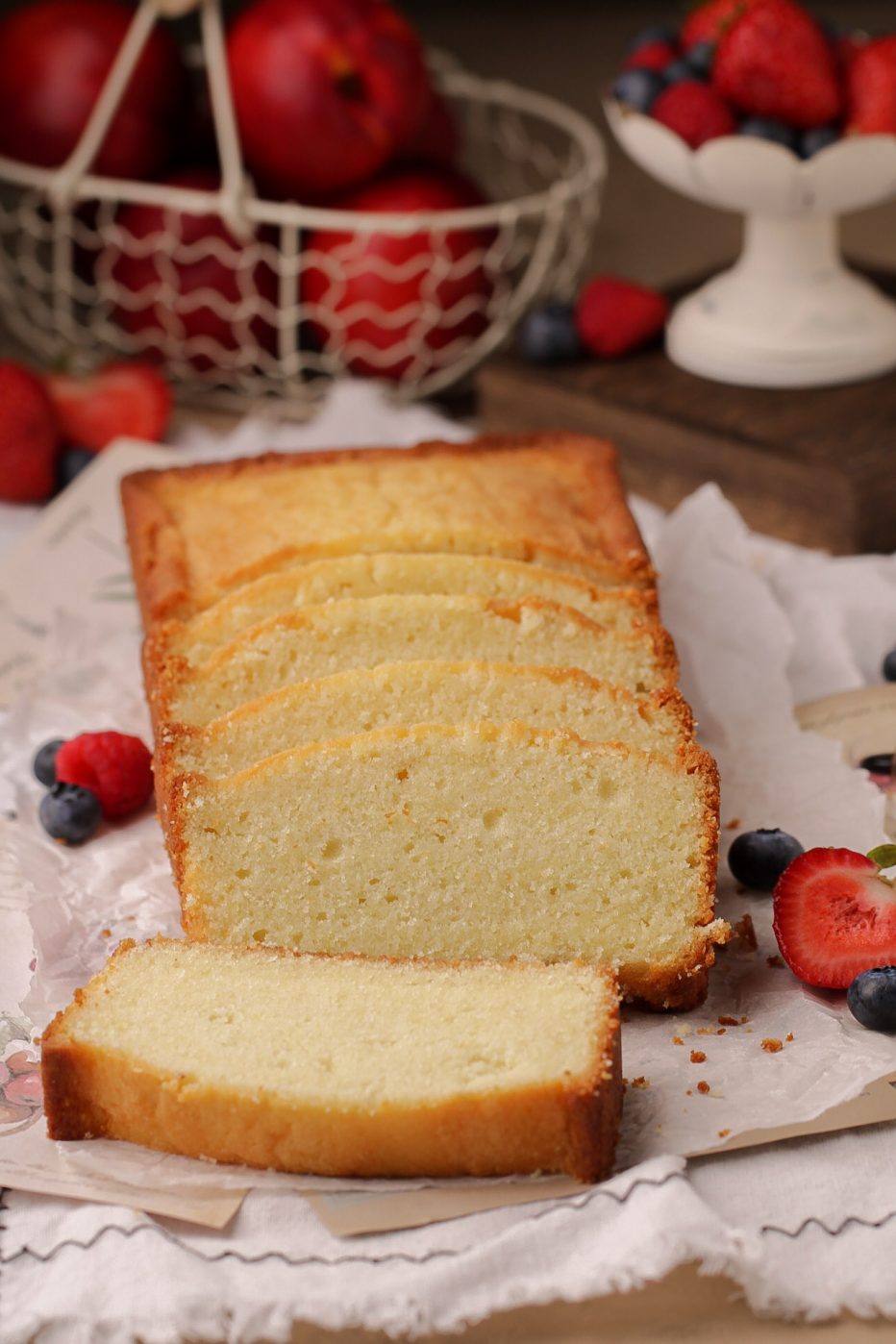 It is definitely richer than a butter-only pound cake and more fragrant with a noticeably tangy flavor. And don’t go running off because I said “tangy” because tangy is good. It’s a good type of tang. You’ll see.

With this cake in particular I made sure to watch the amount of sugar I used and cut back on the extracts so that the cream cheese flavor would be really prominent. I know you’re going to want to increase the extract amounts but just try it my way.

It tastes best just the way it is. 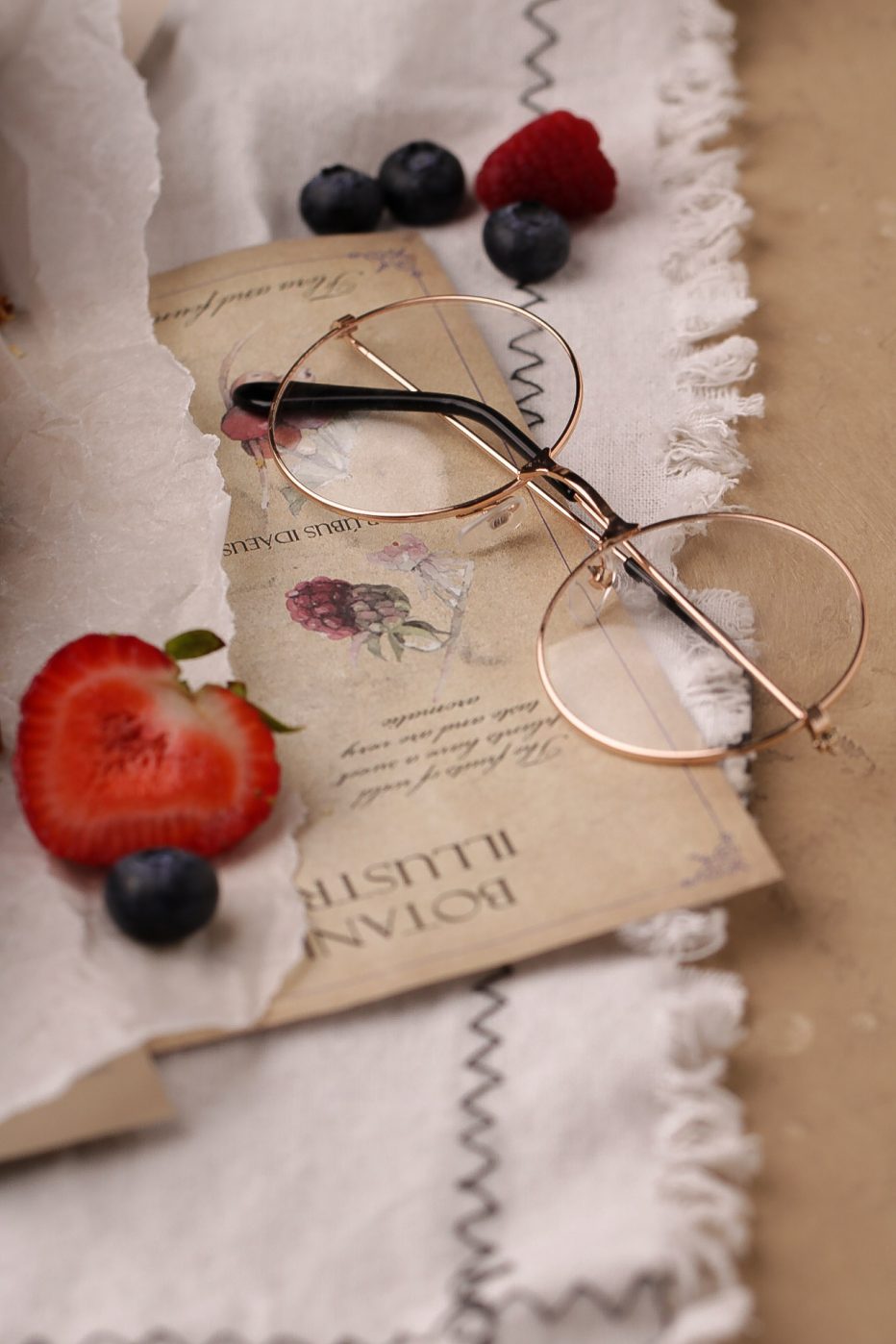 It’s a real easy recipe; only one bowl required, 15 minutes prep, and you can even make it by hand if you want to. That’s what I did. I used a whisk.

You will clearly see that I wrote this recipe in a way to ensure that your cake turns out just like mine did, all you have to do is follow it. Changing anything here can result in a subpar cake. I didn’t go through the traumatic ordeal of adding some milk to this just for you to change stuff.

This is one of those instances where you’re just going to have to trust me. 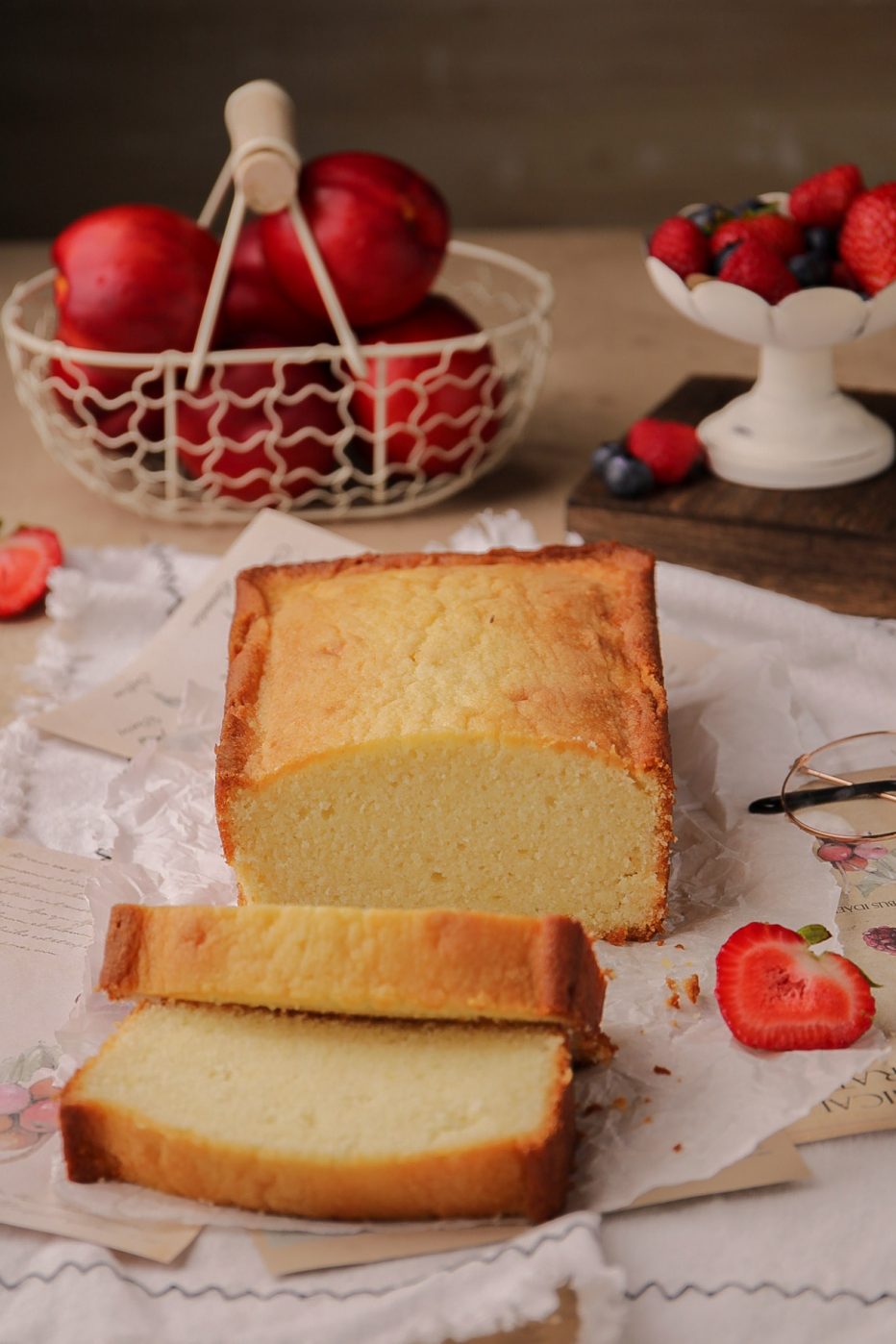 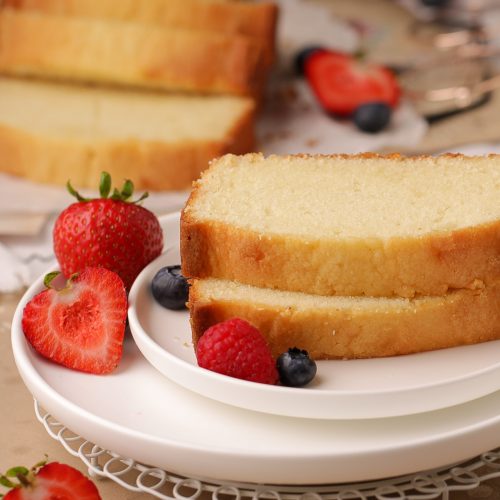 Crystal | Beat Bake Eat
The most perfect small cream cheese pound cake baked in a loaf pan and made with milk. It is rich, moist, and dense with just the right amount of sweetness and extracts that allow the cream cheese flavor to really shine through. Follow the recipe exactly as written to replicate the same amazing results I was able to achieve.
4.63 from 8 votes 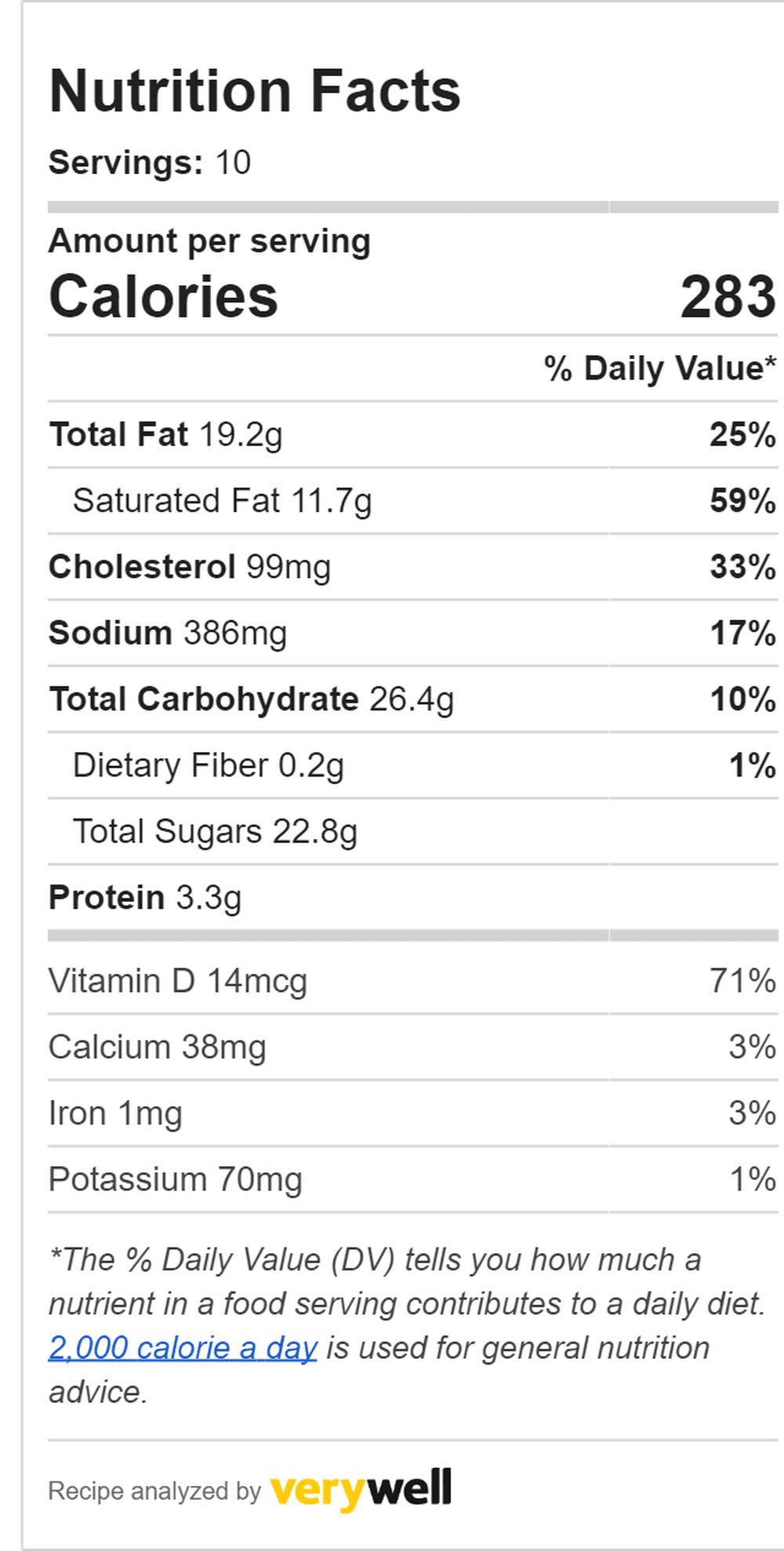 © Beat Bake Eat. All images & content are copyright protected. Unauthorized use and/or duplication of this material without written consent from this site’s author and/or owner is strictly prohibited.
Tried this recipe?Let me know how it was!
Tweet
Pin69
Share
69 Shares
2 comments
0
FacebookTwitterPinterestEmail
Previous Post

put powdered sugar on the top; it was bomb af dude!

Thanks, man!! Glad you liked it.