The best recipe for mini old fashioned cinnamon sugar donut muffins. Easy to make, ready in less than 30 minutes, and super addicting! You won’t be able to stop eating them. You have been warned! 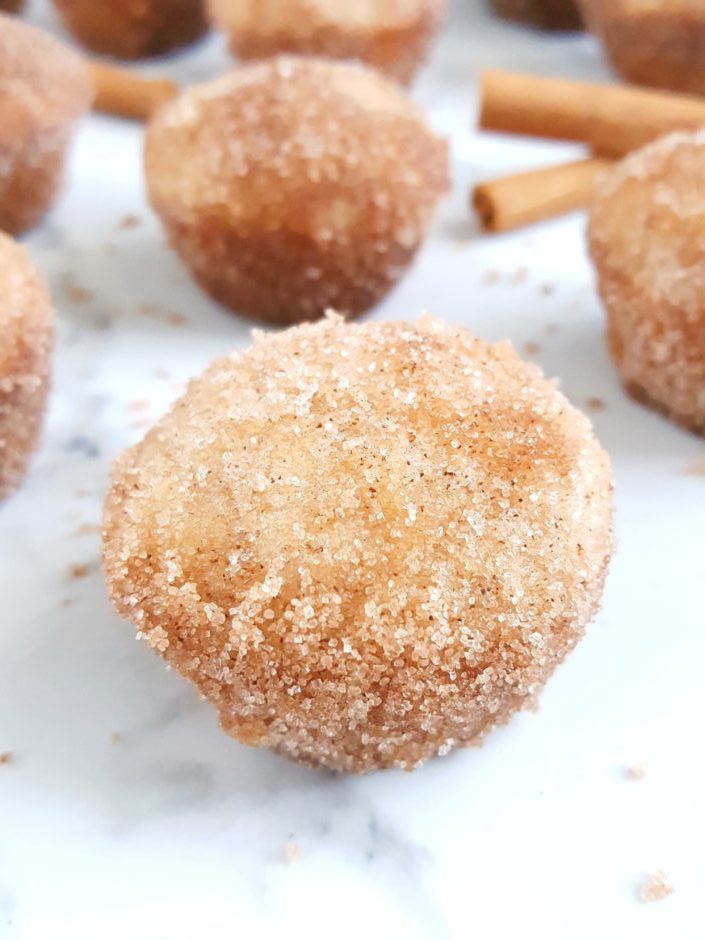 In this post I’m gonna tell you how to make mini donut muffins that you’ll most likely become addicted to and won’t be able to stop eating. If you continue reading you agree that I, the author of this post, am not responsible or at fault for any addiction or weight gain that may or may not occur immediately after making this baked cinnamon sugar donut holes recipe.

What are Donut Muffins?

Donut muffins are baked donuts in muffin form. They’re usually dipped in butter then coated in cinnamon sugar or drizzled with glaze.

These little bites of heaven have many names; muffin tin donuts, mini donut bites, mini muffin donut holes, mini snickerdoodle donut muffins.. The list goes on and on. It really doesn’t matter what you call them. All you need to know is that they taste amazing!!

And this is the donut muffin recipe that you’ll want to keep because it has been tweaked and perfected.

Think of these mini muffins as baked cinnamon sugar donut holes without the donut pan. If you’ve never had these before you need to try them ASAP, especially if you’re a big cinnamon lover like I am.

Donuts don’t need to be fried to be crazy good. Baked donuts taste pretty great too and because they are baked they’re not drenched in oil and you don’t have to feel as guilty about eating them. 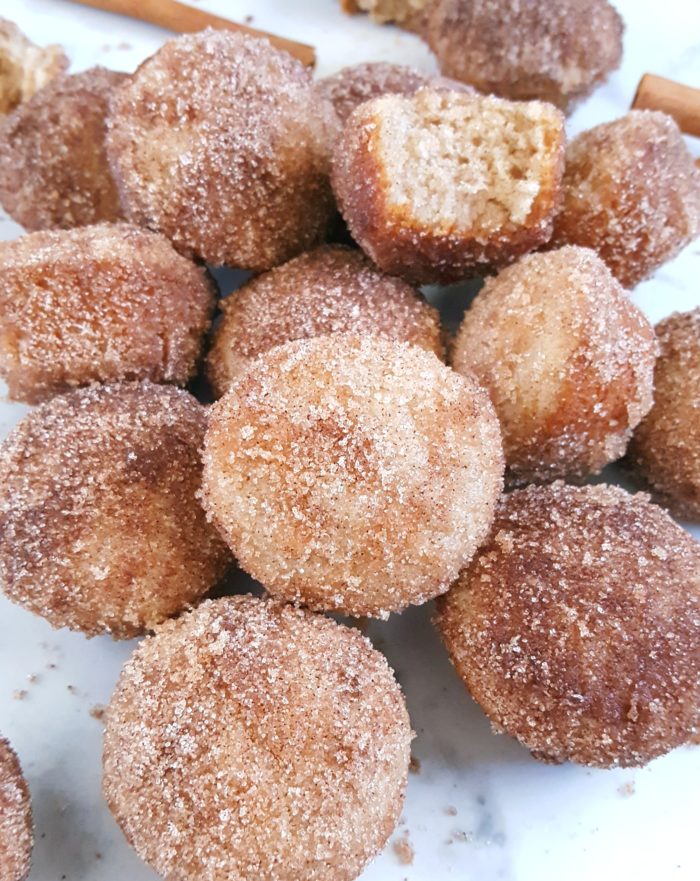 There are a few dangerous things about this recipe.

The reason why I call these mini donut crack muffins is because they are so addicting! I dare you to have just one. You won’t even want to share them but there’s just too many to not to.

Another thing is that it’s not only easy to make but fun to make too. The batter comes together easily in one bowl and the muffins are ready in less than 30 minutes from start to finish.

They’re not too sweet, perfectly spiced with both cinnamon and nutmeg and you won’t miss them not being fried.

Speaking as a cinnamon addict, I think that there’s a healthy dose of cinnamon in this entire recipe. If you prefer less reduce it and if you’re a cinnamon-fiend feel free to add more.

I know that some of you may be skeptical about the nutmeg but you don’t wanna leave it out. It complements the cinnamon and enhances the overall flavor of the doughnuts. And they taste much better with it than without it.

These doughnut muffins definitely top most of the fried donuts I’ve had in the past. They’re not greasy or oily, just soft and delicious. Kids and adults alike love these mini cinnamon sugar donut muffins. That’s why this is, hands down, one of the best if not the best mini muffin recipes I’ve ever tried.

How to make Donuts in a mini muffin pan

Here are the step by step instructions on how to make baked donut holes without a donut pan.

{Full recipe at the bottom of the page} 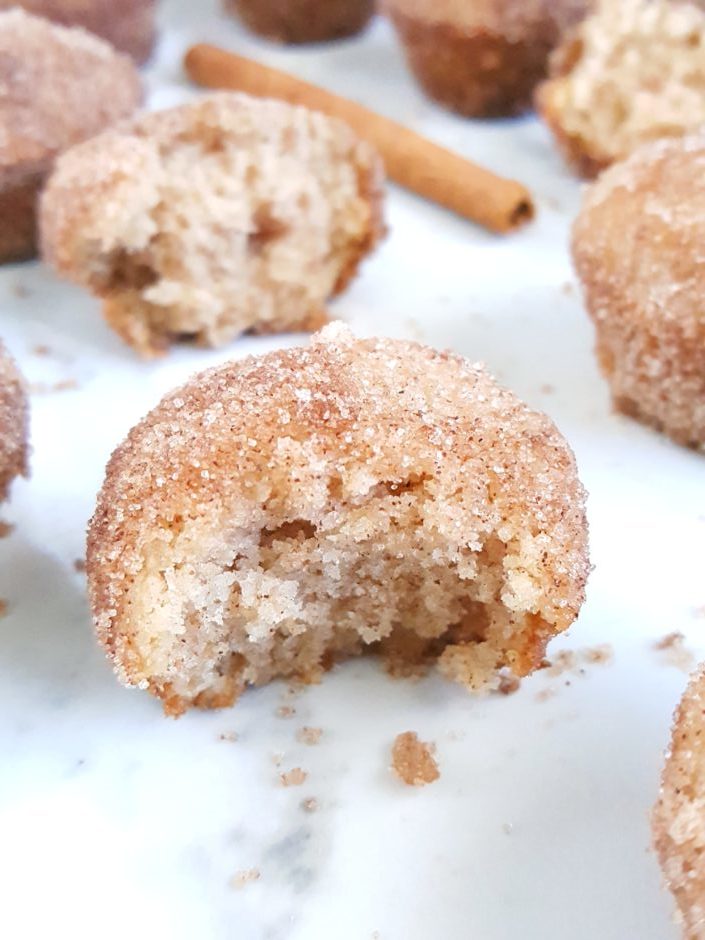 I must warn you that as you are coating these donut muffins with cinnamon sugar you’ll end up eating two or three.. Or four. The aroma is too intoxicating to resist.

You’ll just be popping them in your mouth left and right. I guarantee it; especially if it’s on a weekend. Having muffins that taste like old fashioned donuts on a lazy day is just the best.

Baked donut holes without buttermilk can sometimes be dry but not these. The butter to milk to flour ratio is perfect. The only way you’ll end up with dry muffins is if you over bake them. They’re done when a toothpick inserted comes out clean. Although, it’s okay if there’s a crumb or two sticking to the toothpick.

They taste great warm, fully cooled, the next day and the day after that too. The cinnamon flavor is actually more intense the second day (if they even last that long). 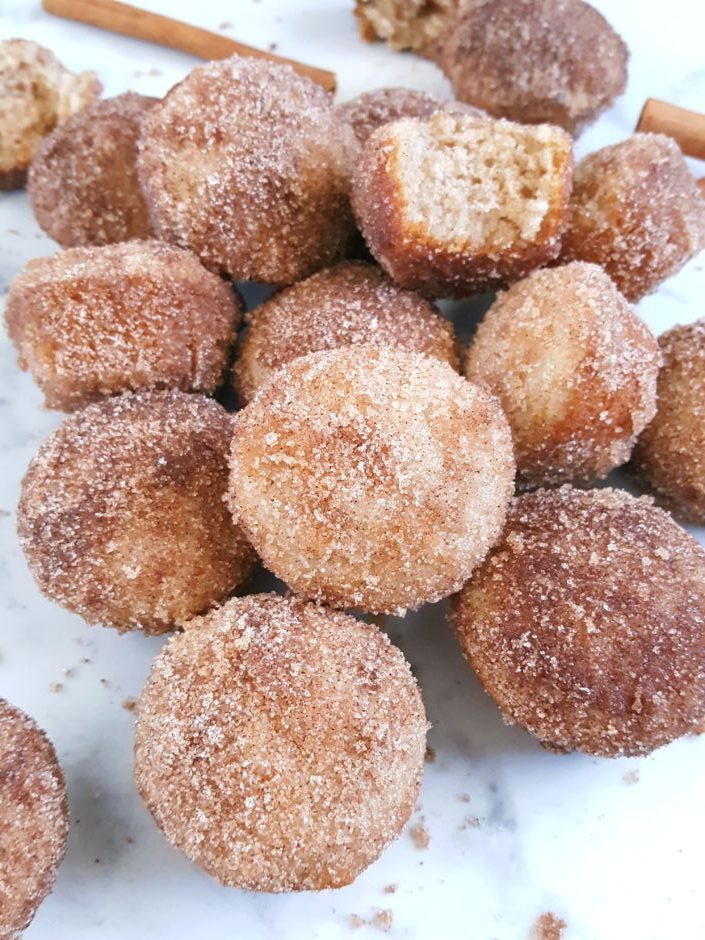 I don’t have a favorite flavor when it comes to donuts but all I’ll say is that mini cinnamon sugar donuts are high up on my list! Once you start poppin’ there ain’t no stoppin’! Crackity crack crack mufffinzz. 🤪

Okay, I need to calm down.

But seriously, it’s crazy how such a simple recipe can yield something so addicting. I just couldn’t keep this mini doughnut muffin recipe all to myself. I am hooked and I know you will be too. I’m not sure if I should be saying sorry or you’re welcome.

To conclude, I would say that I hope you enjoy them but I already know that you will. 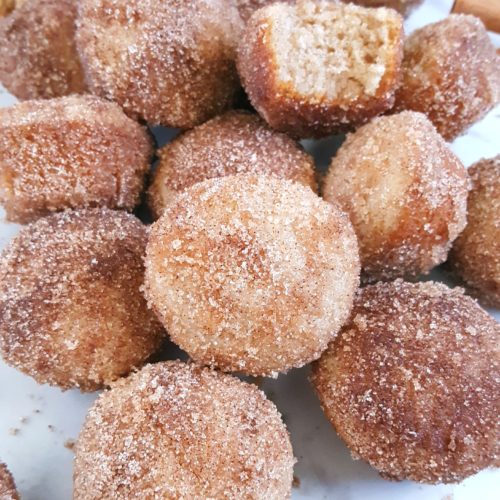 Crystal | Beat Bake Eat
The best recipe for mini cinnamon sugar donut muffins. Easy to make, ready in less than 30 minutes, and super addicting! You won't be able to stop eating them. You have been warned!
5 from 1 vote 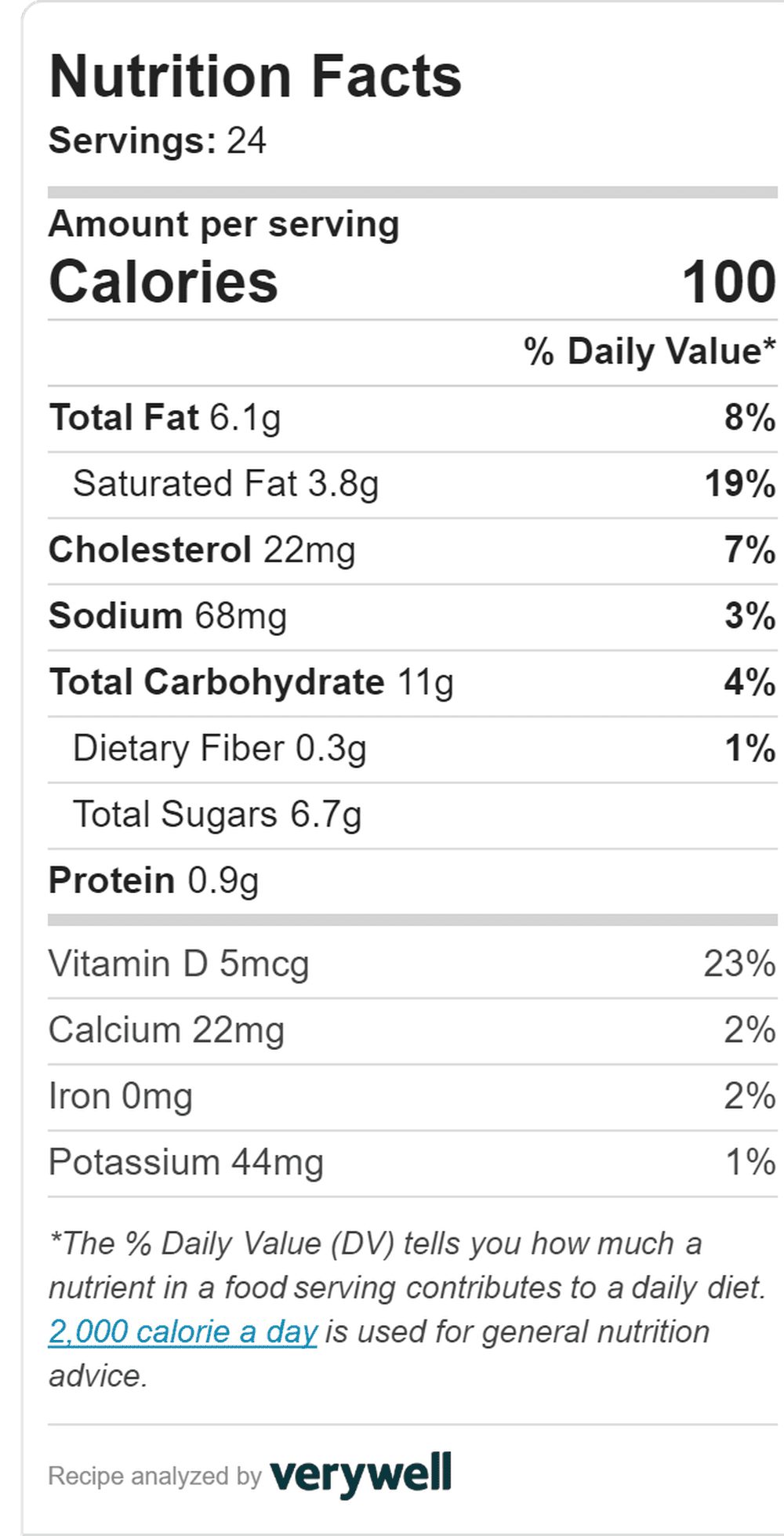 © Beat Bake Eat. All images & content are copyright protected. Unauthorized use and/or duplication of this material without written consent from this site’s author and/or owner is strictly prohibited.
Keyword baked donut holes without pan, how to make mini donut muffins, muffin tin donuts
Tried this recipe?Let me know how it was!
Tweet
Pin252
Share
252 Shares
2 comments
0
FacebookTwitterPinterestEmail
Previous Post

15 of The Best Mini Muffin Recipes

These are SO good. Definitely hit my cinnamon donut cravings and then some. Still delicious after they’ve cooled down! I made these with buttermilk as I had some leftover.. yum!

Yes, they definitely are! They’re super good. Using the buttermilk probably made them even better. Great thinking. I’ll have to try that some day. Thanks so much for leaving a review, Lily!