Sour cream is basically cream that is intentionally made sour by adding specific microorganisms. As a dairy product, it tastes best when it’s fresh and it goes bad pretty quickly, whether opened or unopened.

I often use sour cream in baking, but there are still times when I end up with unopened tubs that go bad before I have a chance to use it all. So if you’re wondering if the tubs sitting in your fridge are still safe to eat, look out for these signs to tell if it’s time to throw it out. 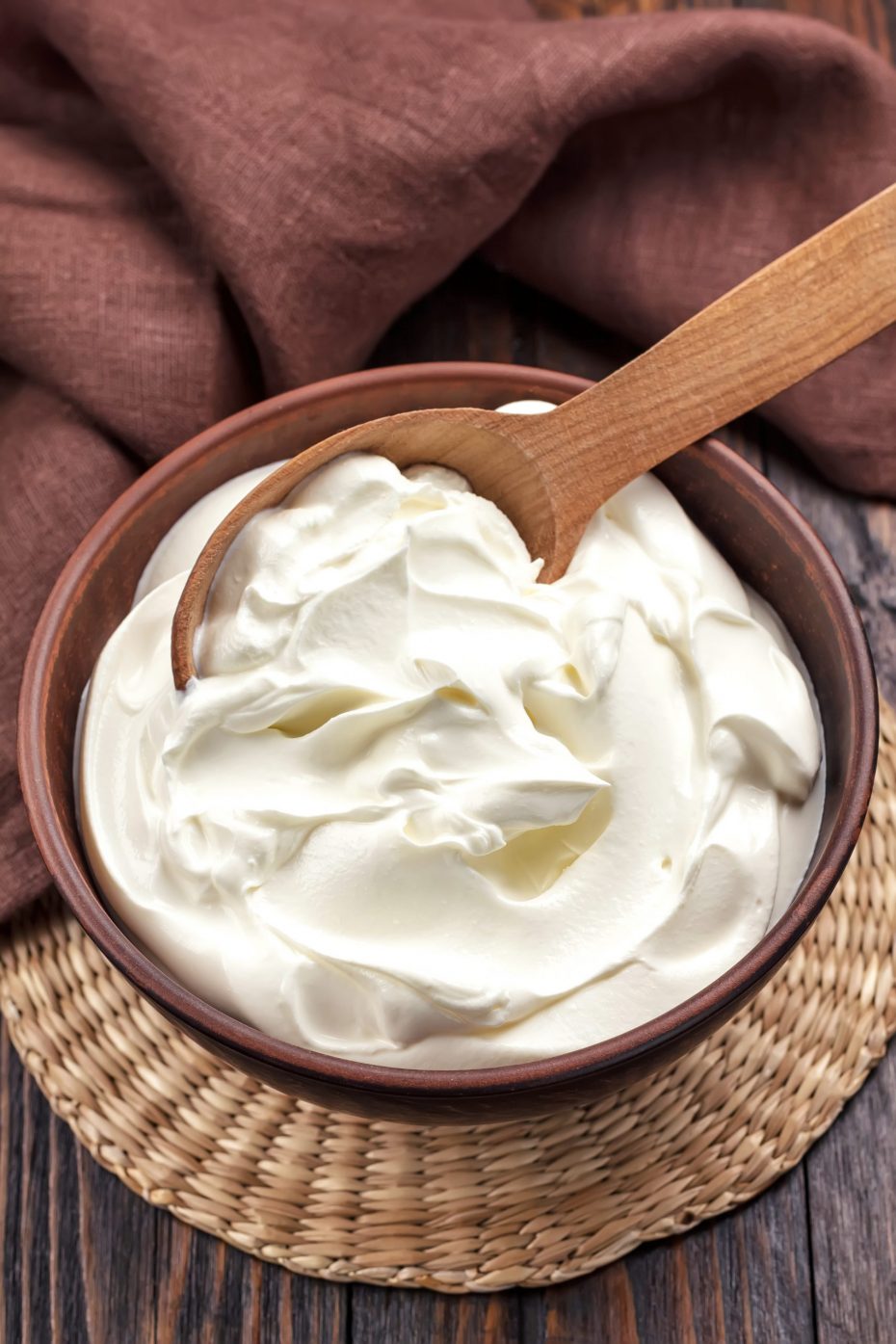 How To Tell If Your Sour Cream Has Gone Bad

If you notice any mold growing on the surface of the sour cream, usually fuzzy grey or green spots, it’s time to toss the entire tub because this is a distinct sign that the sour cream has spoiled. Never scoop the mold off the top even if it doesn’t have any spots underneath because it may have already penetrated the rest of the contents.

Even if you don’t see actual molds, a moldy film that appears as white round spots or irregular clumps is also a sign of spoilage where the mold growth is not visible to the naked eye.

If your sour cream is free of molds, another element you can use to check for spoilage is color. Mix the sour cream using a clean, dry spoon and check for any discoloration.

If it’s no longer white, this is a strong indication that there is bacterial or fungal growth within the container, which means it’s already spoiled and unsafe to eat.

You might not see any mold growth or discoloration, but that doesn’t mean your sour cream isn’t spoiled. Sniff your sour cream to check for any foul, moldy, or rancid smell beyond its usual tangy aroma.

Bacterial growth can quickly intensify that acidic smell in a nasty way, and once that happens, it means that your sour cream has gone bad.

Fresh sour cream has a mildly tangy and creamy flavor. But if you taste your sour cream and it has a sharp, bitter, rancid, or yeasty flavor, it’s time to throw it away.

You may notice a light layer of white, milky liquid on top of your sour cream. That liquid is called whey, and it usually happens when your sour cream rests in the fridge for quite some time. It is completely normal and harmless to eat, and you can either drain the liquid or mix it in using a clean, dry spoon.

However, you want to make sure that your sour cream has a smooth, creamy texture as the presence of lumps or curdles means that it is already bad.

If your sour cream is sticking to or drying at the sides of the container, and has no whey (milky, watery liquid) sitting at the top, it is no longer safe to eat. It is normal for sour cream to be moist and watery and abnormal for it to be otherwise.

Sour Cream is a naturally thick substance but it should never be dense. This is a sign that it has dried out and also a side effect of being dried out which usually happens when opened tubs are left sitting in the fridge, not properly sealed.


How To Prevent Sour Cream Spoilage

Sour cream is a perfect environment for molds and bacteria. But there are ways to slow this process down to ensure that you're getting the most bang from your buck.

1. Always store it in the fridge.

Whether opened or unopened, you should always store sour cream in the fridge below 40°F (4°C). You want to avoid leaving it out for too long as molds and bacteria grow fast beyond that temperature.

Placing the sour cream in a specific area of the fridge is also important. It’s not a good idea to put it in the fridge door because of fluctuating temperature. Instead, you should store it further back where the temperature is more constant.

To maximize the shelf-life of your sour cream after opening, you should keep it tightly covered either in the original packaging or in a clean airtight container. This prevents air and contaminants from entering the container to cause spoilage.

If you’re using the original packaging, especially for larger containers, you can put a piece of plastic wrap directly on the surface of the sour cream before placing the lid for a better seal and preservation.

3. Scoop it out with clean utensils.

Like with other perishables, you should always use clean and dry utensils to scoop out the sour cream. This helps to avoid cross-contamination of dirt, food, or bacteria going into the fresh sour cream.

Can you get sick from expired sour cream?

Can you eat sour cream that has been left out overnight?

You can't eat sour cream that has been left out overnight because of the significant bacterial growth that has occurred within several hours.

Will sour cream spoil if left out overnight?

Whether opened or unopened, leaving sour cream outside the fridge will cause a rise in temperature, which accelerates bacterial growth and causes spoilage.

How long before sour cream spoils at room temperature?

It takes about 2 - 4 hours before sour cream spoils at room temperature, whether opened or unopened. If your sour cream is ever left outside the fridge for this long, discard it immediately.

If you eat spoiled sour cream, you will be at risk for food poisoning, which has symptoms like stomach cramps, nausea, diarrhea, and fever in severe cases. It's best not to take that risk.

I have a tub of expired sour cream that was never opened; can I still use it?

You can still use it if it's unopened but only if it’s within three weeks from the sell-by-date or use-by-date and if it has been correctly stored in the fridge. But make sure to inspect it for signs of spoilage before using it, for safety reasons. If it expired a month ago, it's best to just throw it out.

Types of Baking Fats and their Functions

The Meaning of “Packed Brown Sugar”